Unigloves’ new Fortified single use gloves incorporate silver ion technology from BioCote which, the company says, has been scientifically proven to destroy 90% of harmful bacteria within just 15 minutes and 99.5% in only two hours. 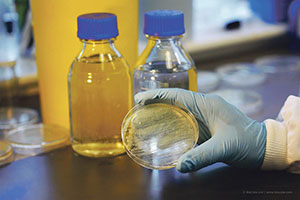 BioCote is proven effective against E.coli and Salmonella, antibiotic-resistant superbugs like MRSA, VRE, CPE and CRE, invasive fungi species such as Candida auris plus H1N1 influenza, H7N9 and the current Aussie/French flu strain.

Exposure to BioCote treated materials (such as the surface of the Fortified glove) is said to prevent microbial colonisation and also renders them non-infectious, through protein and oxidative damage, membrane disruption and DNA interference.