We are excited to announce that Radnor Hills has tweaked the Lemon Citrus flavour from its Radnor Fruits and Radnor Fizz drinks range. 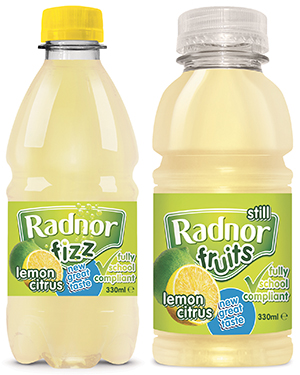 It has improved the original formula, to make it that little bit more zingy and lemony.

Both of these ranges are specifically tailored to the needs of schools, providing a nutritious source of hydration to the children of the UK. More importantly, it must be noted that both of these ranges are ‘England School Compliant’. The difference between the two ranges is simple. Whilst Radnor Fruits is still, the Radnor Fizz has a subtle fizz that adds an extra dimension to the drink. “It’s in the name!” Both have an ambient shelf life of 6 months, but once opened should be enjoyed chilled, within 24 hours.